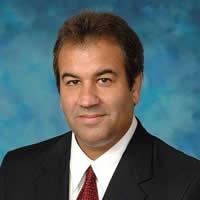 Stephen “Jan” Grigsby currently serves as Vice President, Chief Financial Officer for Springhill Medical Center. Grigsby, who has more than 18 years of experience in healthcare financial leadership. oversees the financial operations of the hospital, as well as all revenue cycle activities.

Grigsby came to Springhill from Jupiter Medical Center in Jupiter, Florida, where he served as CFO. Jupiter Medical Center is a private, not-for-profit healthcare organization. He was part of a leadership team that orchestrated an operational turnaround at Jupiter. Grigsby helped develop and implement cost-cutting initiatives, growth plans, and joint venture partnerships to help ensure the long-term viability of the medical center.

Prior to that, Mr. Grigsby was CFO at Methodist Hospital North, a member of the Methodist LeBonheur Healthcare System in Memphis. He was again part of a senior team that executed a major turnaround plan for the hospital. Prior to that, Grigsby served as CFO and Chief Operating Officer at Mizell Memorial Hospital in Opp, Alabama.

Mr. Grigsby currently lives in Mobile with his wife Laurie, and two daughters; Morgan and Emily.