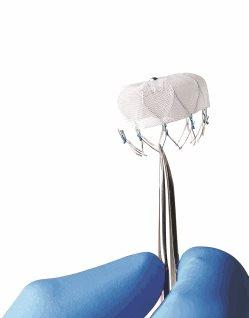 New implant technology for cardiac patients alleviates dependence on blood thinner and gives them a new lease on life!

Cardiologists at Springhill Medical Center are now implanting the Watchman Left Atrial Appendage Closure (LAAC) device in patients with atrial fibrillation (AF). Springhill offers the Watchman device as an alternative to the lifelong use of warfarin for people with AF not caused by a heart valve problem (also known as non-valvular AF).

World Stroke Day in October serves as a reminder each year of the increased risk of stroke among people living with AF. An estimated 5 million Americans are affected by AF – an irregular heartbeat that feels like a quivering heart. People with AF have a 5 times greater risk of stroke than those with normal heart rhythms.

The Watchman device closes off an area of the heart called the left atrial appendage (LAA) to keep harmful blood clots that can form in the LAA from entering the blood stream and potentially causing a stroke. By closing off the LAA, the risk of stroke may be reduced and, over time, patients may be able to stop taking warfarin.

“The Watchman device is a novel alternative for patients with non-valvular AF at risk for a stroke, especially those with a compelling reason not to be on blood thinners,” said Don Williams, Director of SMC’s Cath Lab. 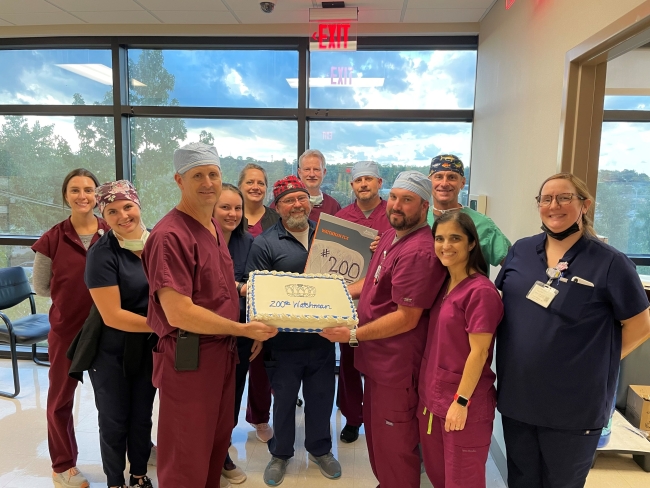 Dr. Scott Kirby of Cardiology Associates and the SMC Cath Lab Team celebrate completing the placement of the 200th Watchman device in a patient with atrial fibrillation.

The Watchman device has been implanted in more than 100,000 patients worldwide and is completed in a one-time procedure. It’s a permanent device that doesn’t have to be replaced and can’t be seen outside the body. The procedure is done under general anesthesia and takes about an hour. Patients commonly stay in the hospital overnight and leave the next day.

“People with atrial fibrillation are at significant risk of stroke, which can have a serious emotional and psychological effect on them,” said Mellanie True Hills, founder and chief executive officer, StopAfib.org, a patient advocacy organization for those living with Afib.

Atrial fibrillation (AF) is a heart condition where the upper chambers of the heart (atrium) beat too fast and with irregular rhythm (fibrillation). AF is the most common cardiac arrhythmia, currently affecting more than five million Americans. Twenty percent of all strokes occur in patients with AF, and AF-related strokes are more frequently fatal and disabling. The most common treatment to reduce stroke risk in patients with AF is blood-thinning warfarin medication. Despite its proven efficacy, long-term warfarin medication is not well-tolerated by some patients and carries a significant risk for bleeding complications. Nearly half of AF patients eligible for warfarin are currently untreated due to tolerance and adherence issues.

For more information about Watchman: www.watchman.com