SMC's Executive Chef, Ellen Jones, has been confirmed as a new member of the Board of Directors for the Bishop State Community College Foundation. 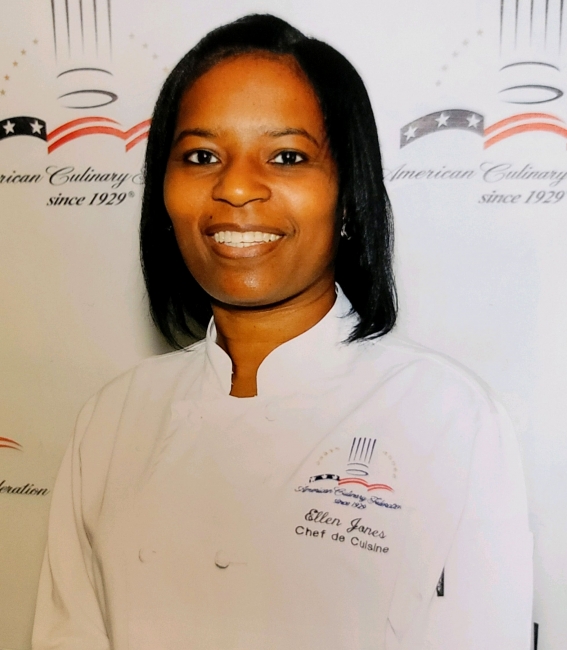 A chef for 18 years, Jones is a BSCC alumni, graduating with a 4.0 GPA in Culinary Arts in 2002.  She will serve as the Culinary Arts advisor on the Board, which begins its work in February.  Her Board responsibilities will include recruiting new students into the program and assisting with scholarships for students who cannot afford tuition on their own.

“I am really looking forward to recruiting as many students as possible and meeting with the Culinary instructors to see how I can assist them with the program,” Jones said. “It’s exciting to kick off 2021 focusing on this new adventure, and I really owe a lot to Springhill for allowing me to grow my career as I continue my work here.”

An award-winning chef, Jones began her career at Springhill in 2003.  She ensures that the patients receive excellent quality meals that are timely and consistent with recipe guidelines.  She also ensures the same for meals served in the hospital Cafeteria and Physicians’ Lounge.  If that wasn’t enough, Jones also manages catering orders both in-house and for outside events.  She manages a team of 12 employees and three supervisors.

She stays active in the community, as well, through activities such as A Farm To Table venture that she helped create with Craighead Elementary School.  She has also taught an after-school Healthy Eating Program for third and fourth grade students at Craighead for three years.  She has participated with the Kansas City BBQ Society (KCBS) as a judge from 2011-15, touring various locations such as fairs and barbecue cook-offs.  She is a member of The Mobile Metro Cooks and Chef Association which voted her Chef of the Year in 2010.  She also served on the Bishop State Kraft Committee and has participated in The March of Dimes Signature Chef’s Cook Off for more than five years, winning three of those (consecutive years).   She participates in The United Cerebral Palsy Signature Chef’s Auction and has won Best Gumbo for two straight years at The Gumbo and Chili Cook Off held at The Mitchell Center.

She currently teaches nights as a Culinary Arts instructor at Bishop State after completing her day at Springhill.  She’s been doing this for seven years.